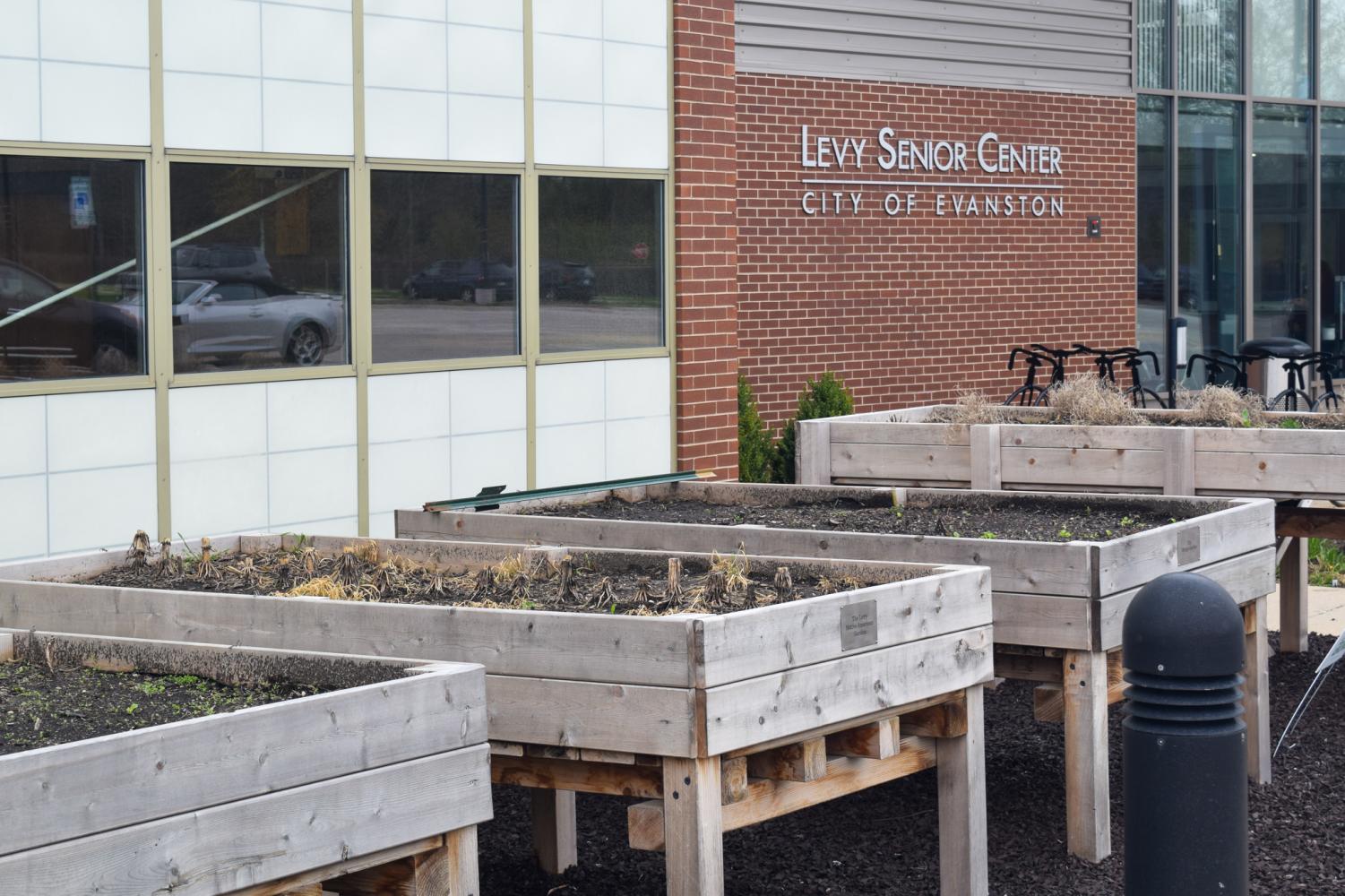 The Three Sisters Gtegan: corn in the center, with white beans twisting the corn stalks and squash at the base.

Organizer and GCE member Cie Bond said the garden will expand this spring to include several new beds, an irrigation system and more Levy member volunteers. This will be the garden’s second year, and as it continues to attract more seniors around Evanston, garden volunteers from GCE and Levy are focusing on growing enough vegetables for donations. to community refrigerators.

“I felt like (the garden project) was the most amazing community building activity,” Bond said. “I didn’t realize the impact it had on people.”

Bond said four new garden beds will be added to the garden, including ‘Grandma’s Root Cellar’, featuring horseradish, onions, carrots and potatoes and ‘American Soul Food’, which will include okra, cabbage and cowpea. Unlike last year’s four beds, these beds will be closer to the ground so that deep root vegetables like tomatoes and eggplant can grow.

Bond said this year’s garden will also incorporate a new city-installed irrigation system that will automatically water the beds daily.

Maintained and tended several times a week by Levy members under the mentorship of GCE members, the gardens have produced enough vegetables in the last year for volunteers and other Levy members and staff to take home. – and more.

“We would have six cucumbers to give away, or six squash, or a bunch of lettuce,” Bond said. “We put it in plastic grocery bags and put it on a bench just south of the beds.”

However, there was not enough food left to make a substantial donation to community fridges, which Bond said he wanted to change this year.

GCE President Anne Berkeley said collective impact organization Evanston Grows will work with the Centre’s gardening team this year to help distribute the vegetables grown. Evanston Grows partners with local gardens to tackle food insecurity and aims to donate 3,000 pounds of vegetables to all of its partners this year, she said.

So far, all community members involved with the garden have said that the involvement of GCE volunteers in the gardens at the Levy Senior Center last year has helped create a community for everyone involved.

Becky Santos Anderson, a Levy member who often volunteered in the gardens last year, said she remembered meeting a neighbor who was walking and stopping near the gardens.

“I found out that she was also from the Philippines and growing vegetables that we didn’t have,” Anderson said.

Her neighbor gave her a basket of hard-to-find vegetables from the Philippines, like bitter melon, Anderson said. The neighbor will also donate seeds for a new bed, “LaoLao’s Asian Garden”.

For the Levy members, the gardens provided both gardening lessons and a sense of purpose. GCE members attended volunteer sessions each week to mentor Levy members in planting seeds, watering and pruning plants.

Last year, about fifteen seniors from the Levy Senior Center expressed interest in volunteering and six often came to work in the gardens, Bond said.

This year, 41 Levy Senior Center members expressed interest in having center staff work in the garden, Bond said. An information meeting for those interested will take place on May 14 and the gardening will begin on May 16.

Anderson said the gardens gave her a safe place to get out of the house.

“It’s the only time I’ve been out because of COVID,” Anderson said. “I’m so scared to go out anywhere. But it’s outdoors, so I go there as often as possible because that’s the only thing I feel comfortable with.

— No Mow May encourages residents to trade mowers for gardens