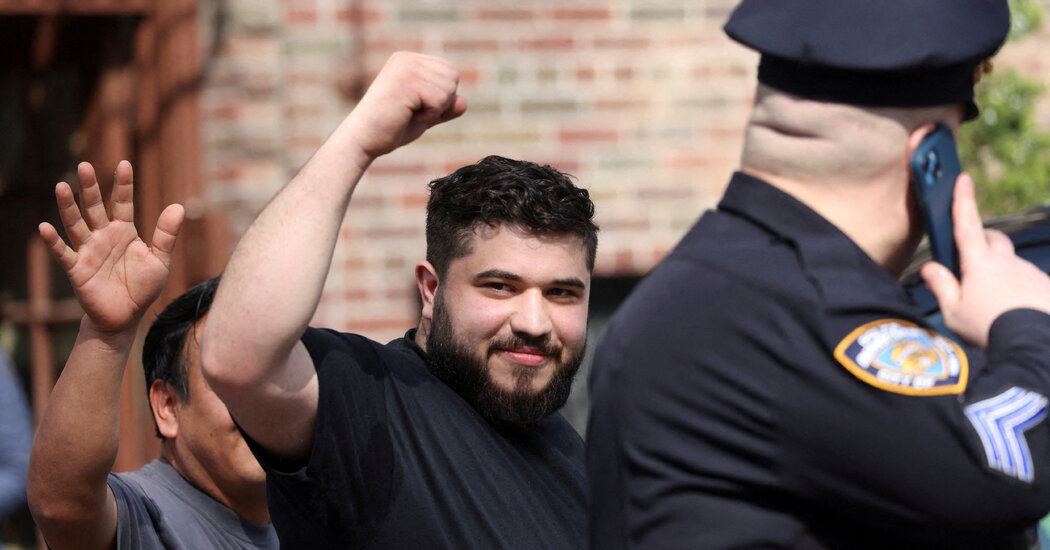 ‘Thank you, Zach!’: New York has at least one new hero in arresting subway suspect

New York City on Wednesday celebrated a new hero: a 21-year-old Syrian man who moved to the United States five years ago, speaks five languages ​​and lives in Jersey City.

The man, Zach Tahhan, a security camera technician whose name has been spelled variously on social media, said he was working on updating equipment at a store near St. Marks Plaza and First Avenue in the East Village of Manhattan, when he saw Frank R. James through one of the security cameras.

In a impromptu press conference to a crowd of reporters and passers-by on Wednesday afternoon, Mr Tahhan said: ‘I thought, ‘Oh my God, this is the guy, we have to catch him. He was walking down the street, I see the police car, I said, ‘Yo, that’s the guy!’ »

Mr Tahhan said he ran down the street, following the suspect and warning those around him to keep their distance. “People think I’m crazy, like I’m on drugs. But I’m not. I’m fasting,” he said, in reference to his observance of Ramadan.

Police said they were told Mr James was at a McDonald’s two blocks away and were looking for him in the area. Two law enforcement officials with knowledge of the investigation said it appeared Mr James had called the tip line himself.

Police have yet to confirm whether Mr. Tahhan’s action led to Mr. James’ arrest.

But Mr Tahhan’s upbeat demeanor and charismatic energy caused a stir on social media. There is now a hashtag #ThanksZack trend that people use to share clips and videos from his press conference.

Others also claim a role in driving police towards Mr James, who is carrying a $50,000 reward.

In an interview, Francisco Puebla, manager of Saifee, a hardware and garden store on First Avenue at Seventh Street, lightly poked around Mr. Tahhan, whom he had hired to help him. upgrade the store’s security camera system.

“He’s all over social media,” Mr Puebla, 46, said, throwing his arms outward in a gesture seemingly signifying greatness. “But it was I who acted.”

Mr. Puebla said he saw a burly man with a backpack walking slowly down First Avenue. He was panicked, he said, and afraid to call the police because he didn’t want to be wrong. “I don’t want to put anybody in trouble,” Mr Puebla said.

But when a police car stopped at a red light around the corner. Mr Puebla said, he walked over to him, waved his hand and said: “Police officer, I may be wrong, but the guy who shot is right in the middle of the block. “

Mr Vasu told the Artnet website that after having lunch at Café Mogador in St. Mark’s Square near First Avenue with his mother, wife and 8-month-old daughter, he spotted the suspect walking . Mr Vasu said he approached a police car which was parked on First Avenue to report the location of Mr James, and within seconds police cars began to arrive from all directions. directions.