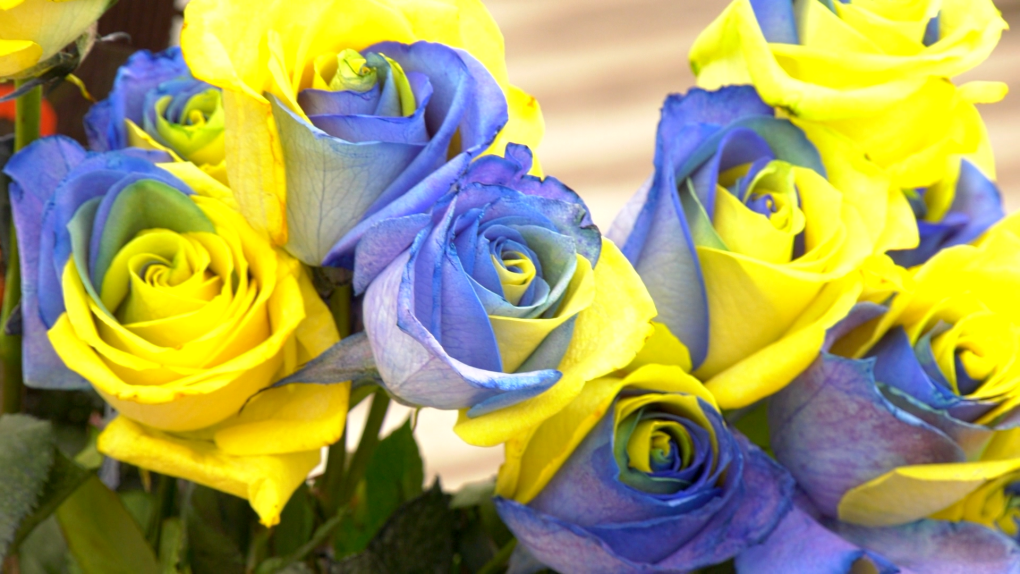 The idea of ​​supporting Ukraine amid the Russian invasion began at a Winnipeg garden centre, which is now scrambling to keep up with the outpouring of generosity.

Ron Paul Garden Center recently began offering blue and yellow roses for $2 each, along with a request for donations. All donations and proceeds will go to the Ukrainian Canadian Congress. The distinctive flower is created by dipping a yellow rose in a blue dye.

“I thought it would be a good thing to do for a good cause,” said garden center owner Ray Dubois.

It didn’t take long for the demand to be overwhelming,

Dubois said he was not surprised to see the high demand for the roses, given Winnipeg’s strong Ukrainian community and charitable spirit, but noted he needed to change the way he does business. in the store.

“We had to pivot and move people from producing our crops to this,” he said. “We spent two days wrapping roses starting at 7am”

Dubois said they have since stopped taking orders for the roses.