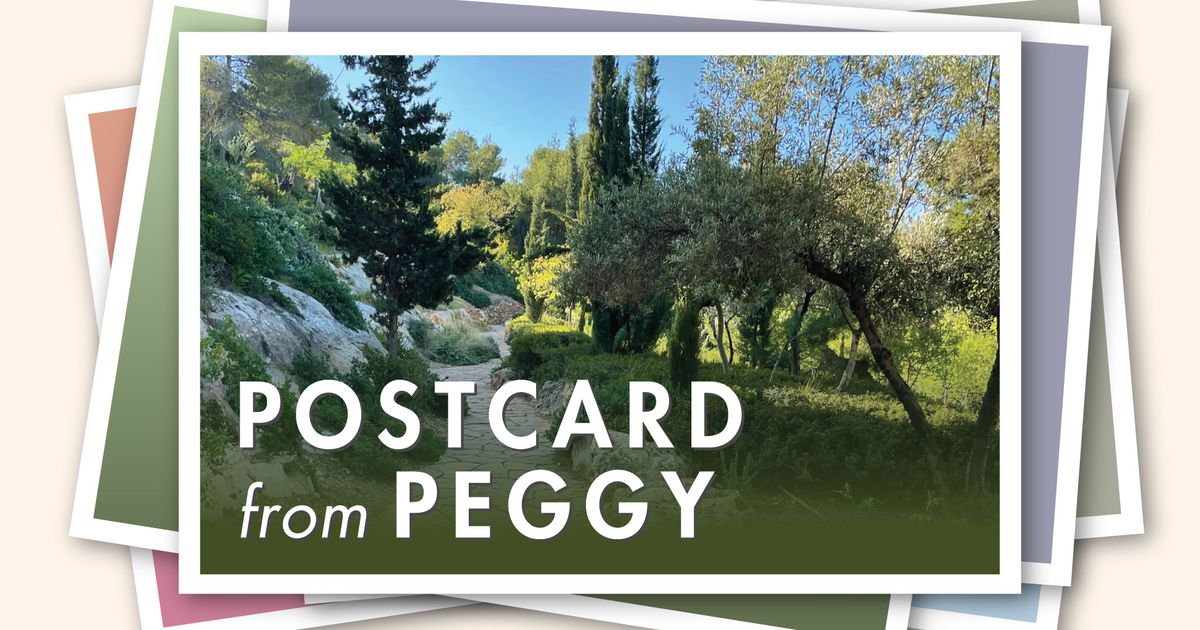 It offers the “most impressive panoramic view” of a biblical oasis.

Editor’s Note • The Salt Lake Tribune’s senior religious editor, Peggy Fletcher Stack, is on assignment in the Middle East. Along with her more in-depth reporting, she shares shorter daily dispatches. This one is from Jerusalem.

Jerusalem • Iconic photos of Brigham Young University Jerusalem Center for Near Eastern Studies are widely shared among members of The Church of Jesus Christ of Latter-day Saints and have become nearly ubiquitous in Church publications on the Middle East.

Some outside observers even say that the giant windows in the center – looking west over the old city – offer the most impressive panoramic view of these sacred spaces.

What surprised me when I saw the center (known locally as “the Mormon school”) in person, however, was how well it blended into its surroundings.

The Latter Day Saint landmark was designed by an Israeli architect (working in conjunction with a Utah firm) and used Jerusalem limestone, giving it a look similar to many nearby, ancient structures and news. The interior features arches and domes that mirror other buildings in the city.

The eight stories overlooking the Mount of Olives cascade down the mountainside like a fountain, and the surrounding gardens provide a sense of serenity – as you imagine biblical scenes that would have happened a few miles away.

(Michael Stack | Special for The Tribune The BYU Jerusalem Center located on Mount Scopus next to the Mount of Olives overlooking the Old City on Saturday, April 9, 2022

On Saturday, the center, closed to students for more than two years due to the pandemic but which will resume at the end of the month, opened its doors to more than 100 Latter-day Saint tourists who poured in from the buses. They were there to worship on the Sabbath, as is observed in this region, and were greeted with an impromptu testimony meeting and sing-alongs.

Typically, it would have been a service where members would simply gather to watch a video of the just-concluded 192nd Annual General Conference, said John Howell, president of the Jerusalem branch or congregation.

Since most of the members had already streamed or watched it, however, Howell, who teaches physics at Hebrew Universityopened it for attendees to discuss their faith and sing an appropriate hymn to accompany it.

(Michael Stack | Special for The Tribune) A group of Latter-day Saint tourists on the terrace of BYU Jerusalem Center on Saturday, April 9, 2022

Visitors came forward one by one to address the gathered believers, the tiered windows serving as a breathtaking backdrop. Many became moved as they described their belief in Jesus Christ, his life and ministry, which seemed all the more real here in the Holy Land, and now, as what Christians call Holy Week approaches.

Almost everyone I know who has studied at this center speaks in an elated – dare I say exaggerated – tone of their time here.

2022-04-09
Previous Post: Spring Garden Fair Combines Popular Events to Kick Off Growing Season | Region
Next Post: “We sold the house to launch the TR Home and Garden store in Alford”